Abortions are legal in India. Terms and conditions apply, of course. Married women have had access to abortions since the conception of Medical Termination of Pregnancy Act, 1971. Back then, and even now, it stands as a progressive legislation.

On September 19, The Bombay High Court ruled that imprisoned pregnant women have a right to make motherhood choices. It added that they should not be treated differently from other pregnant women.

There is a lot to cheer for in this judgment as the bench consisting of Justice V.K. Tahilramani and Justice Mridula Bhatkar state in several places that women have a right over their bodies and thus abortion is a right. The common piece of information being circulated from the judgment in the media is: Women in different situations have to go for termination of pregnancy. She may be a working woman or homemaker or she may be a prisoner, however, they all form one common category that they are pregnant women. They all have the same rights in relation to termination of pregnancy.

The court after considering the Rules in the Maharashtra Prisons Manual went on to examine the Medical Termination of Pregnancy Act (MTP). The Court while doing so has differentiated between women suggesting that married women (who as per MTP can undergo abortions) can even be expanded to include women in live-in relationships. However, in the same judgment the Court also suggests: A woman irrespective of her marital status can be pregnant either by choice or it can be an unwanted pregnancy.

It is unclear if the decision of the court was limited to married women because the MTP only deals with abortions for married women. In this reading, one can see the negotiation to expand the right to abortions to all women but couching it within our understanding of pregnancy being relevant only to married women or women in long-term relationships. This patriarchal idea is echoed in the newly passed legislation with respect to surrogacy as well.

Though the judgment helps us progress towards better abortion laws, we still need to advocate for a legislation that accords abortion rights to women irrespective of their marital status. 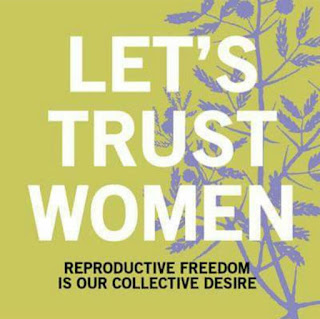 Nandita Saikia voices concerns on the law: http://coldsnapdragon.blogspot.in/2016/09/the-expansion-of-abortion-rights.html
Posted by A.L.Sharada at 3:30 AM No comments: