I just realised Barbie is older than me. She just completed 60 years. No wrinkles, no grey hair and no sagging flesh. She is the same beautiful girl- who set unachievable beauty standards for girls. It is said that given her proportions, in real life she may not be able to walk straight and may have to crawl.


Yet, Barbie is Barbie. The craze of young girls, who love to possess more and more avatars of her and the wide array of her accessories. Small girls spend hours combing her hair and dressing her up.

“I like barbies because you can play pretend. Also they come with many accessories which are fun to use.” 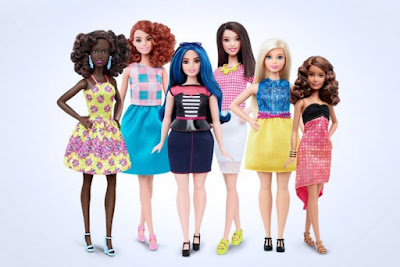 It is estimated that every 3 seconds a Barbie doll is sold, showing how popular the toy is across the world. Starting with a price of 3 dollars the doll has had special collectors editions costing millions.

“The most expensive Barbie in existence was designed by Australian jeweler Stefano Canturi. Dripping in a bevy of white and pink diamonds, the doll was sold in an auction for a whopping $302,500.”
https://mashable.com/2014/03/09/most-expensive-barbies/

Prof. Vibhuti Patel, well known economist and feminist has this to say about Barbie and her influence.

“My encounter with Barbie happened in 1984 when my daughter was born and got ‘A Barbie Doll’ as a gift from my cousin at the insistence of his son. This was in addition to clay doll draped in printed saree from Khadi and Village industry gifted to her by a Gandhian friend, wooden doll from Karnataka, dancing doll from Tanjore district and cloth doll from Rajasthan.

Indian dolls were healthy, colourful and had facial expressions of warmth. In contrast the Barbie doll was slender, had a distant look, fully made up in pink makeup and pink dress. To me, Barbie set an unrealistic standard of beauty and skin colour. My daughter learnt one thing, whenever she saw a white, young and thin woman with Golden hair, she shouted and called her BARBIE.

After 1991, economic liberalization flooded Indian toy markets with the MADE IN CHINA Barbies with all her accessories-makeup, comb, hairpins, purses, shoes at a throwaway price of Rs. 20 for the Barbie Doll and Rs. 10 for accessories. And the Barbie Doll reached ‘poorest of the poor’ households of India and within a decade captured the rural markets too.

Thus market friendliness informed by multicultural approach and cost effectiveness have made Barbie survive for 60 years as an ageless Beauty.”

Research studies have shown that Barbie dolls provide  limited scope for play and girls and boys have shared having used the dolls for Torture play and for expressing anger. (Early Adolescents’s experiences with, and views of , Barbie, TaraL Kuther and Erin McDonald, http://www.public.asu.edu/~kleong/adolescents%20barbie.pdf

Sixteen year old Sowmya has this to say about Barbie:

"Personally, I don't like Barbies because I feel that it puts a wrong idea of body shape;colour and hair in young minds. Even though Barbie has come in many other skin tones,mostly only the fair, blonde haired Barbie is available. Second reason is Barbie is expensive and it is absolutely useless and not worth the money. Third reason is  it promotes makeup. Children from a very young age want to look like Barbie by wearing  makeup.  Natural beauty is discouraged.

You cannot play any intelligent game with Barbie. Other than dressing it up, undressing and redressing it in different costumes. After few days it becomes boring and Barbie is made to sit in a shelf.

When kids play with  Barbie in the kitchen basically Barbie cannot do anything but if they play with kitchen sets they use their imagination and make their dream dishes and act like their parents while cooking. Same case with doctor Barbie and a doctor set. When children play with Barbie they don't even develop motor skills.

Barbie cannot even  stand properly and there is nothing much to do with the accessories or props that come with Barbie be it Astronaut Barbie, kitchen set Barbie or laundry Barbie. That is why I never liked playing with Barbie. I always preferred toys like  clay modelling, quilling, rainbow loom,  building blocks, kitchen set, doctor set,etc. which helped me use my imagination."

Considering the growing negative perception among parents regarding Barbie, Mettlein 2016 has successfully repositioned Barbie as reflecting the aspirations of girls and has introduced greater variety - three new body types (curvy, petite and tall) and seven new skin tones, as well as 22 eye colors, 24 hairstyles and more diversity in the doll's fashion choices, including career wear. The ad campaign Imagine the Possibilities (https://youtu.be/l1vnsqbnAkk) focused on the range of career opportunities that the girls could explore with Barbie. Not just that, they are also successfully riding on the new wave of changing gender roles by roping in fathers as playmates for girls playing with Barbie.

With the backing of the marketing and creative teams and her sheer appeal to parents and girls, Barbie will be ruling the markets and our hearts for many many decades to come. 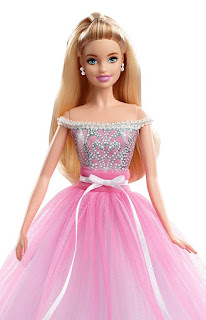