WHEN WOMEN ASPIRE FOR A BETTER FUTURE

Over the past few years, Indian movies have consistently made efforts to bring forward inspiring stories of women from from all walk of life. Laadli applauds this welcome effort by Cinema and it gives us great pleasure to announce that the South Asia Laadli Media and Advertising Award for Gender Sensitivity 2015-16, Feature Film category, goes to: 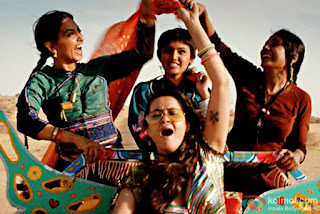 In the parched lands of a desert the three protagonists long for meaningful relationships with the men in their lives, who fill their lives with only violence of the most heinous kind. The perverted and skewed perceptions of masculinity, the fragility of male egos and the violence  perpetrated by men is starkly contrasted with the warm friendship and bonding between the women which makes them acknowledge and explore their own desires and sexuality, ultimately exercising their agency and choice to chart their own path. The women of Parched rescue each other, triumph over their insecurities and unleash their inner strength. 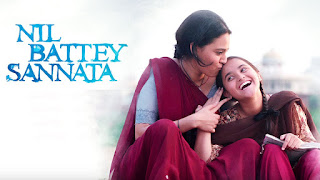 Nil Battey Sannaṭa, sensitively tells the story of the conflict between a single working mother from lower economic strata and her adolescent and defiant daughter. It brings out the conflict between the despair of the daughter who sees no value in education and no hope for her future except to be a maid like her mother and the aspiration of the mother who sees hope for her daughter’s upward mobility in education. It is an inspiring story of a mother teaching her daughter to dream, aspire and achieve. This film tells the story of aspirations of a working class single mother with sensitivity, simplicity and humor that resonates with the audience.

Both rousing and powerful films, Nil Battey Sannata and Parched make a statement on sisterhood between women of all ages and social strata, united in their hope of a better future.

We congratulate the winners and hope to see more and more of such gender sensitive movies in the coming years!

"Where a woman is unpaid, unheard and unrecognised"

THE WATER WIVES: WINNER OF A LAADLI AWARD


It is only fitting to announce the South Asia Laadli Media and Advertising Award for the Short Film category, on Labour Day. "The Water Wives" https://www.youtube.com/watch?v=bVNdsdQEfLI&t=2s is a short film released by ActionAid India, which is based on true stories. It draws our attention to the discrimination and inherent dehumanization of women in certain parts of our country where men marry multiple times in order to have a wife exclusively for the task of fetching water. The whole premise begs the question, how are multiple marriages the solution for
water scarcity? Is it because a wife's work is unpaid and expected as servitude in marriage? Why does our social fabric weave a picture of bonded labour when it comes to a wife's tasks? Or is it another excuse for the man to derive sexual pleasure from a younger woman?

Caught in the vicious cycle of worsening plight and worsening poverty, the Water Wives have ended up as commodities that work to the advantage of the men involved, who now have another woman in the house to fulfil their sexual urges as well. The film highlights the unpaid and unappreciated labor women put in for running households and how they can be reduced to mere tools of achieving unpaid domestic work.

The film is a testament to how poverty and water scarcity, difficult circumstances, affect men and women differently. While crises lead to an increase in exploitation of women; men turn them around for their benefit. An objective assessment of the situation could lead to solutions like obtaining a shared motorized vehicle by the villagers to fetch water, or hiring some villagers for the task, or taking turns among households in a locality; simple methods of water conservation to ensure sufficient water supply, etc. And yet men have chosen polygamy as the solution, exposing a situation rife with discrimination.

In appreciation of shedding light on this appalling practice faced by women, we announce our first winner "The Water Wives" and congratulate all those involved in the making of this short film. Below is the invite for the award function. We hope to see you there! 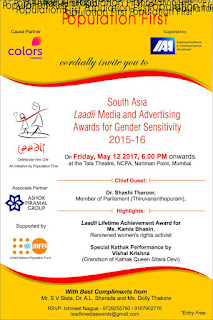 Watch this space for announcement of our MOVIE Winners next!