Killing is killing… Honour or not!

On 20th September 2013, there was this news of honour killing from Haryana, where the father, after stabbing his own daughter to death and beheading her lover in front of his own house said that ‘he had done no wrong’ and that ‘he had done it for the honour of the family’. 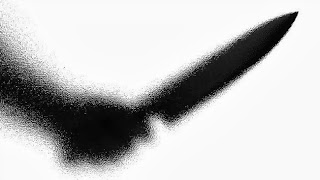 The sequence of events shows that it was not some impulsive reaction because his daughter eloped with a so called unsuitable boy. Such act can plead no excuse even being impulsive, but this was way worse. It was a planned cold blooded murder.The family of the girl followed the couple to Delhi, brought them back to the village and murdered them.
When we get past the initial shock and repulsion, the first question that comes to our mind is what must the father, or in this case the father, mother and the uncle have though? What emotions must have crossed their minds? They were talking about killing their own daughter.
A girl who took her first step before their eyes… Her parents must have been the ones to catch her before she fell!
A girl who spoke her first word of life to them… That might have been ‘Maa’ or ‘Bapu’ or ‘Chacha’!
A girl who went to school in front of them… They must have dropped and picked her up from school so many times!
She was a part of their everyday life. What must they have thought when they decided to kill her? Were they so angry that their anger overpowered their love? Or was there never enough love to pull through a situation like this? Was she always the secondary sex?
If they were so angry that they could murder their own daughter in cold blood, what might have prompted that level of fury? They said that the act of their daughter had insulted them in the society. What might have made them think that marrying someone of her choice was an insult to the family? What kind of social pressures must exist there? What reaction would the society have given, had they supported their daughter?
This act is heinous to say the least and the father, mother and uncle have already been arrested. The law will take it’s own course and we can hope that they will get the punishment they deserve. But are they the only criminals?
What about the society that convinced them that a daughter was better dead rather than married to an unsuitable boy? What about the social dynamics that have prompted a complete silence from the family of the boy? What about the social norms those deny personal space? And most importantly what about the mindset of the society at large that thinks that a man can have so much control over a woman that he thinks he is within his rights to kill her?

Click for the news that inspired the blog  Here