Karan Johar’s rendering of ‘unrequited love’ in Ae Dil Hai Mushkil speaks of anything but love. Systematic stalking and emotional abuse are not love. Trying to kiss your platonic friend when she’s clearly uncomfortable, and then resorting to domestic violence, is not love. Yes, breaking vases is also domestic violence. The characters stumble in and out of toxic relationships, and the audience is supposed to feel sorry for them and root for a happy ending.

Let’s take a look at all the characters without their glossy Bollywood faces. Alizeh is portrayed as a modern woman who makes split second judgement, assessing (even before meeting her) that Ayan’s girlfriend would only be with him for money. Feeding the golddigger stereotype is not doing us any good as a nation that consumes Punjabi rap about girls ‘selling their affections’- so to speak- on a daily basis. Also, in an era of strong women who want to stand up against not just physical but emotional abuse, Alizeh’s initial choices are hardly a beacon of hope for women suffering silently in their homes. But we have to give her due credit for extricating herself from one toxic relationship at least, which was her marriage. No such luck with ridding herself of Ayan though, whose re-entry is juxtaposed with the entry of cancer.

When it comes to Ayan, his caustic behaviour toward the people in his life has been excused by various write-ups and reviews by calling him a ‘Man-child’, but this just sounds like another version of “boys will be boys”. This excuse-culture needs to be stopped. People must be held accountable for their deeds and bear the consequences. To give Ayan a happy reconciliation with his ‘friend’, is an assurance that no matter how badly you behave you will be rewarded for persistence that borders on stalking and harassment. The lowest point of the movie occurred in the thankfully deleted ‘Evening in Paris’ song, when Ayan grabs a random stranger’s hand. Instead of calling out his groping and sexual assault, she playfully caresses his cheek. What does this convey? That it is okay to be sexually harassed when a ‘hero’ is doing it? The second problem in this blink-and-miss moment is the stereotyping of ‘firang’ females as ‘loose’ women who would not mind being groped.

Saba, played by the ethereal Aishwarya Rai Bachchan, breaks through the cacophony as a sole voice of reason when she dumps Ayan, on being used as shiny trophy to show off to his true lady love, Alizeh. Saba’s ex-husband played by Shahrukh Khan is very eloquent, and yet invades his ex wife’s personal space time and again. Do any women, even the happily divorced ones, want their exes to breathe down their necks in public? What are Bollywood movies subliminally planting in the consciousness of the populace? It is high time mainstream filmmakers woke up to the subtle hints in their movies that help develop a culture of abuse. 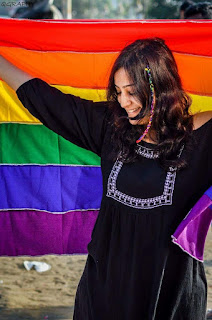