Why is women’s right to safe and legal abortion being compromised? 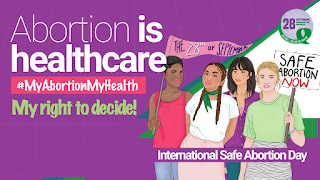 “My husband does not use any contraceptive method and I am very afraid of undergoing a sterilization operation……I did not want another child and hence wanted to get an abortion done when I became pregnant……however the doctor in the Government hospital refused to provide me with abortion services as I did not have an ultrasound report and he suspected that I had come after sex determination……I had to then go to an unqualified local health service provider to get my pregnancy terminated”, a woman from a vulnerable community of a city in Punjab, who had severe complications after an unsafe abortion.

Abortion services have been legal in India under certain conditions since the Medical Termination of Pregnancy Act was enacted in 1971.  As per the Act, abortion is legal if the continuation of pregnancy would involve risk to life of pregnant woman or cause grave physical and mental injury, including pregnancy due to rape; risk of physical and mental abnormality in child and contraceptive failure. They are legal up to 20 weeks of gestation. Pregnancy can be terminated by a registered medical practitioner registered with the State medical register.

Unfortunately in an overzealous effort to implement the Pre-Conception and Pre-Natal Diagnostic Techniques Act, the law pertaining to sex selection, implementing authorities on various occasions instead of monitoring sex determination, target abortion services, not understanding that abortion is not the cause of the problem of sex selection, it is only the consequence of it. This misunderstanding and a perceived quick fix solution, has on various occasions resulted in restricting women’s access to safe abortion services, especially second trimester abortion. Anecdotal evidence has shown that in order to curb sex selection, access to abortion is being limited by:


Reactions such as the above have increased challenges faced by women in accessing safe abortion services, with most women commonly resorting to unsafe abortions at the hands of untrained providers.

A recent study undertaken by the Guttmacher Institute brought out that around 15.6 million abortions take place in India every year . The study also revealed that of the total abortions done, 81% abortions were medication abortions, and with access to abortion, especially medical abortion getting restricted, a very large percentage of women seeking medical abortion would access facilities that are unsafe and illegal adding to the burden of maternal morbidity and mortality.  It is estimated that around eight per cent of maternal mortality occurs due to unsafe abortion.  Abortion related complications especially those arising from unsafe abortions are also the third major cause of maternal deaths, after haemorrhage and sepsis. 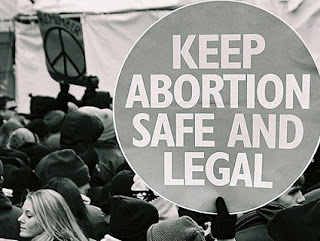 While it is extremely important to implement the Pre-Conception and Pre-Natal diagnostic techniques Act, to prevent the practice of gender biased sex selection, the Medical termination of Pregnancy Act which aims to prevent unsafe abortion should not be compromised in any manner. The two Acts should be implemented in letter and spirit without impinging on the object of each other.


Access to safe abortion is one of the many aspects to ensure women’s right to quality reproductive health which will also help her attain autonomy and equality.